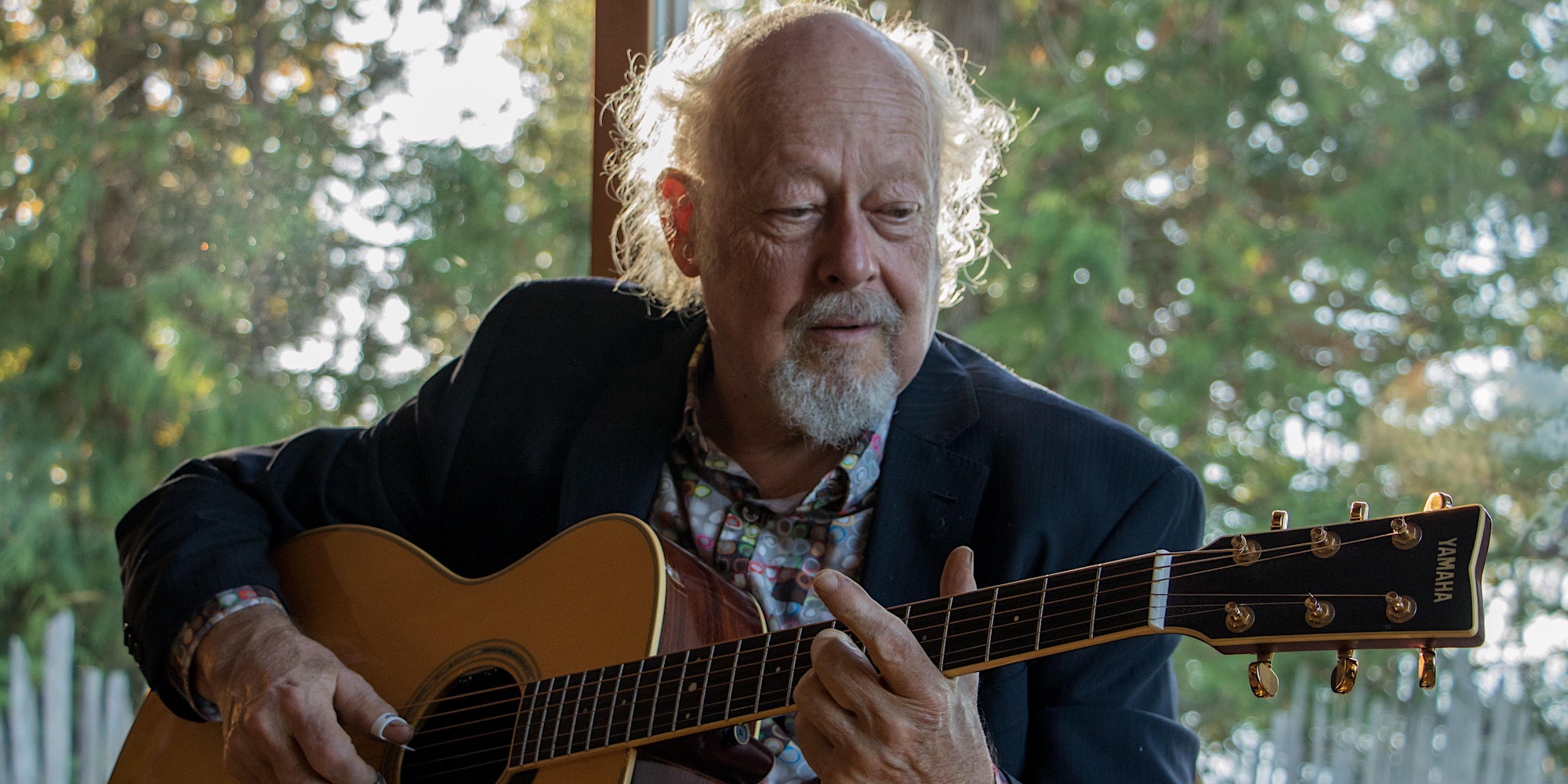 I was born in Frederick, Maryland in 1945 and spent my early life in the Washington, DC area where I became immersed in two intense musical traditions: bluegrass and country blues. I had the good fortune to work at the Arlington Music Company where I learned to play the guitar and mandolin from John Duffey, founding member of the Country Gentlemen and the Seldom Scene.

While I was absorbing the high, lonesome sound of bluegrass, I was also blessed to meet and learn from two of the masters of the Delta Blues tradition: Mississippi John Hurt and Nehemiah Skip James. Well-grounded in those roots, I came to Canada in 1971 and have been here ever since – living first in Ontario and then for the past 31 years on the Gulf Islands in British Columbia.

The most important lessons I learned from my musical mentors were, first, to be true to your roots and second, to create your own music that extends the boundaries of tradition. When I arrived in Canada, I had the good fortune of being taken into a group of young folk artists in Ontario that was growing and evolving the folk music process, primarily through the songs its members were writing.

With the encouragement of new musical friends like Willie P. Bennett, Paul Mills, Doug McArthur and Stan Rogers, I started to write my own songs, creating a landscape of the imagination, set mostly in rural Canada and populated by characters inspired by my new life in the Almaguin Highlands of Ontario.

I began to perform in the coffeehouses and folk clubs across the country and was fortunate to be part of the emerging Canadian folk festival scene in mid-70’s, and performed at Mariposa, Winnipeg, Edmonton, London, Vancouver and many more. I have now performed at every major folk festival in Canada and continue to do so.

As my career developed in Canada, I began to perform overseas, with tours in Europe, Asia and Australia. In 1990, I became the first Canadian artist signed to Appaloosa Records in Milan, Italy. Thanks to the hard work of label owner Franco Ratti and my manager, Umberto Tonello, I pursued a parallel creative life in Italy that led to countless tours, festival appearances and even delivering a lecture in Italian on Semiotics at the University of Bologna.

Now, in 2022, I have the most wonderful realization that I am presently about the same age as many of the musical mentors I learned from back in the 60’s and 70’s. Our musical traditions continue to evolve and I am very pleased to be part of that process.

I am often asked “what kind of music do you play?” The best answer I’ve been able to come up with is “authentic.” I make songs that combine the narrative style of my literary heroes, Alden Nowlan, Raymond Carver and Richard Ford, with deep country guitar. I’m basically a finger-picker, working a lot in open tunings, and building songs out of blues and country traditions.

While I’ve always considered myself foremost a narrative songwriter, the most popular piece of music I’ve composed is the celtic-flavoured instrumental, “Berkley Springs,” that has been recorded by dozens of artists, including the brilliant guitarist Don Ross.

In 1973 I started Woodshed Records to release my own first album, “Redbird Country.” In the process of recording this work, I met and learned from the third great mentor of my life: Phil Sheridan at Thunder Sound in Toronto, who taught me the practice of producing music in a recording studio. I have gone on to release 23 more albums of my own music and produce over 80 recordings for other artists.

My record label, Woodshed, was one of the first artist-owned labels in Canada and we released albums by friends of mine, including Willie P. Bennett, Doug McArthur, the Original Sloth Band and the Humber River Valley Boys. I have continued my recording practice and now operate Watershed Studio out of our home on Protection Island, BC.

In addition to doing music, I also write fiction. In 2014, I published my first novel, Dancing Hand, that was well-received by readers and led to invitations to participate in several literary events, including the Woody Point Writers Festival in Newfoundland and the Sunshine Coast Festival of the Written Arts in Sechelt, BC.

In 2022, I published Fair Days, a collection of 13 short stories, based on the narratives in songs I’ve written and performed over the past 50 years. The book comes with an album of all 13 of the songs. These are new recordings that I did here at the Watershed Studio in early 2022.

Over the 50 years that I’ve been making and performing music, I’ve mostly opted out of the music industry awards scene, sincerely believing that our work is better served by collaboration than competition. Consequently the only award I ever won was from the Paris Ontario Fair for growing the largest kohlrabi in the county. And I’m fine with that.

As my song says, it’s been a “long, sweet, ride” and I’m still in the saddle – writing and performing songs, and channeling my Inner Elmore on the old Martin guitar. The nicest compliment I’ve ever received was from a 12-year-old at a sound-check at the Yaletown in Vancouver: “The dude can shred”