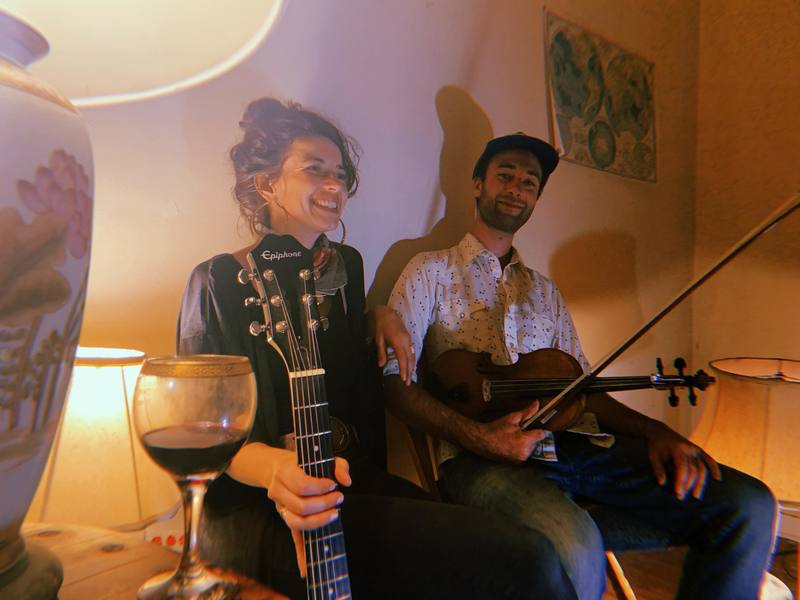 Yukon
Brigitte Jardin performs traditional music from the French Canadian, Cajun and Old-Time repertoire. She navigates between guitar, washboard, drums, vocals and also incorporate foot percussion as part of her performance. She usually plays with a supporting band malleable to the occasion with instruments including banjo, fiddle and upright bass. Brigitte Jardin creates a soundscape that is both familiar and unique.

Brigitte’s music is inspired by strong female roots singers that had had an impact in the industry such as Cléoma Breaux as the first Cajun women that had recorded in Louisiana, Gallant tu perds ton temps as the first traditional all women band in Québec and Barbara Dane as a political activist and folk-singer from Michigan.

Lyle Werner is a fiddler who resides in New Orleans, Louisiana and plays music with a variety of local and not-so-local bands. Drawing from old-time, Cajun, western swing, and country, his fiddling is a product of years of immersive attention to the older styles of American music. If you’d like to hear a little of his playing, listen to an album from Esther Rose, The Leveetoppers, or watch Amy Mann’s Jackie & Ryan for his work on the score as well as a role in film.