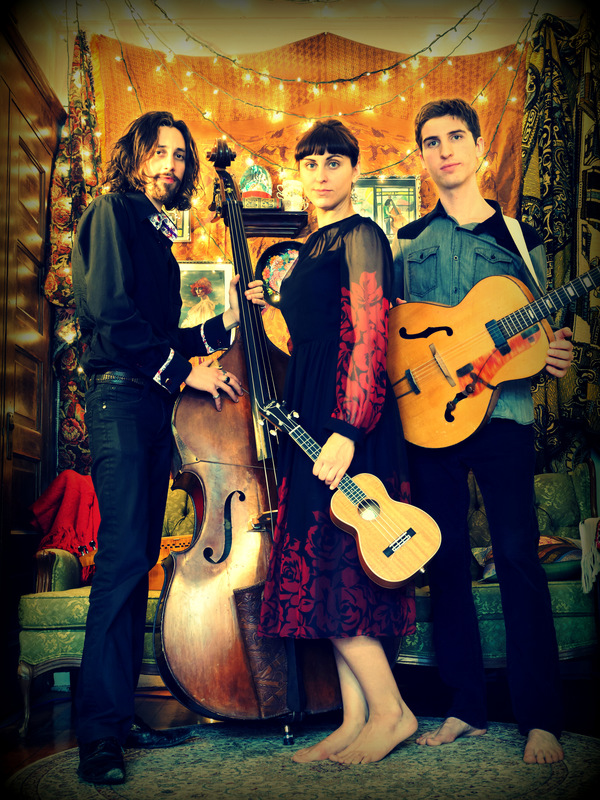 MB
Genre: Folk
Casati began as The Grace Hrabi trio, arranging jazz standards and dabbling in songwriting on their release ​Afraid of Heights​ (2014). As the band made collaborating on original music their focus, Casati found its voice as a unique blend of the music that inspires them: the heartbreak of a country ballad, the vocal harmonies of 1950s and 60s pop, and the instrumental virtuosity of jazz and classical music, creating a sound that is familiar yet original. Because of their acoustic instrumentation and the storytelling quality of their songwriting, ​Casati is best characterized as a folk trio with an open mind.
Grace Hrabi (ukulele, autoharp, vocals), Jesse Popeski (guitar, vocals), and Quintin Bart (bass, hurdy gurdy, vocals) are three songwriters with the common goal of finding optimism in every subject they explore, believing that a good song can lift you up and leave you with hope.
Their debut album as Casati, ​There Will Be Days,​ was released in March 2017. The ten track album organically captures the band’s acoustic sound, and demonstrates the group’s range as both songwriters and musicians. The album spent 23 weeks on the Earshot! charts.
Web
Facebook
Soundcloud
Twitter
YouTube
Website
Instagram