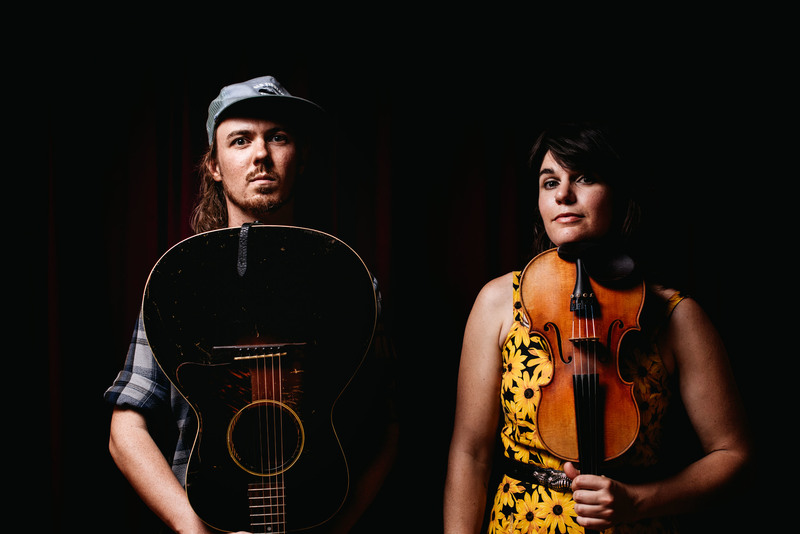 Asheville, NC
Genre: Old time, Americana
Each are songwriters dedicated to honing their craft, both equally influenced by wordsmiths like Gillian Welch and Townes Van Zandt as they are to authentic mountain musicians like Roscoe Holcomb and Ola Belle Reed. After spending the better part of 2016 living in a camper van while playing shows across the country, they now call Asheville, North Carolina their home.
Instrument swapping is common during a performance. Sometimes they don two guitars, other times switching to fiddle and banjo, all the while seamlessly blending their vocals as they sing songs infused with the vitality of the landscapes which they have traveled.
​They have received scholarships to the Blackpot Camp as well as Augusta Heritage Center to study the stylistic nuance of Cajun and Appalachian music. in 2018 they won third place in the traditional band category at the Appalachian string band festival (“clifftop”), and first place at south Carolina’s state fiddler’s championship. When performing or teaching workshops, they strive to honor the ancient sounds of those who came before while bringing their own voice to the stage.
Website
Facebook
Bandcamp