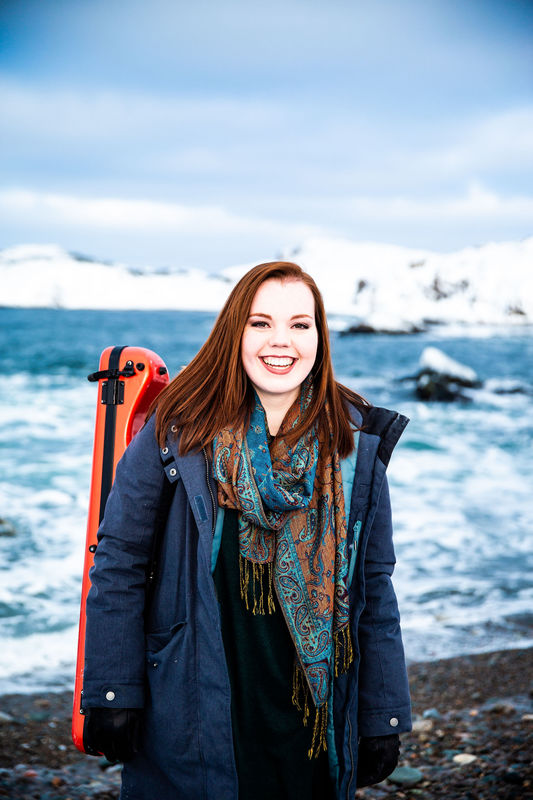 Her music is a hybrid of both classical and traditional genres. There is a underlying hint of classical influence in her unique arrangements of both traditional songs and her original compositions. Her voice is reminiscent of the high soprano Celtic singing of Ireland but with a punch.