A Walk In My Dream with Mike Stevens 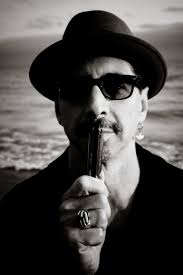 Join Jaxon in conversation with one of Canada’s most established, prolific and respected musicians – Mike Stevens.

Mike Stevens is an award winning musician, composer and author living in Sarnia, Ontario, Canada. He is the founder of ArtsCan Circle, a non profit organization  that builds relationships with Northern Communities across Canada and Alaska using the arts as a tool for self expression and joy.

Mike has a powerful message and is a sought after performer, speaker, composer and educator. His book, Bluegrass Harmonica, has been distributed worldwide and provides instruction about his groundbreaking style of harmonica playing. He facilitates workshops for groups, corporations, and youth nationally and internationally. (He also likes salt and vinegar chips, way too much!)

Mike Stevens created a place for the harmonica in Bluegrass with his explosive and expressive playing.  In 1988 while appearing at a Bluegrass festival in Georgia, Mike met Bluegrass legends Jim and Jesse and the Virginia Boys. When they heard Mike they invited him to play their show. After that performance Jim and Jesse told Mike he needed to perform at the Grand Ole Opry. Mike has now performed more than 300 times on the Grand Ole Opry stage and can count Roy Acuff -The king of Country Music – as one of his biggest fans.

Mike toured the world as a feature performer with Jim and Jesse for close to 15 years playing all the major Bluegrass festivals solidifying Mike’s position as the pioneer of Bluegrass harmonica. In 1991 Mike’s recording “Blowin up a Storm” was the highest selling release on Pinecastle Records. In 1994 Mike was named a Kentucky Colonel by the Governor of Kentucky for his contributions to Bluegrass music.

Mike signed with Borealis Recording Company in 2001. “Old Time Mojo” and the groundbreaking Canadian fiddle tune recording “The World is Only Air” were released on the Borealis label.

In 1999 Mike visited a Northern community in Canada that changed his life. Since that impactful visit, Mike has worked to bring arts and music to Indigenous youth. He founded non-profit ArtsCan Circle in 2002. ArtsCan builds relationships with Northern Communities across Canada and Alaska using the arts as a tool for self expression and joy.

Mike has been the subject of 2 Feature Film Documentaries: