Winnipeg based non-profit organization Home Routes / Chemin Chez Nous was initiated by the founders of the Winnipeg Folk Festival and the West End Cultural Centre, Mitch Podolak and Ava Kobrinsky, alongside, Tim Osmond with a start-up grant from Canada Council For The Arts. Under the leadership of Executive Director, Leonard Podolak, the organization operates with a full staff alongside the support of a nationally based volunteer Board of Directors. 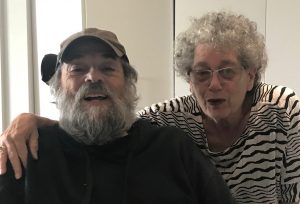 Our organization was created to champion artists and volunteer concert hosts  in communities nationwide. This has grown into a group of people and organization of almost 200, who each host 6 shows a year in houses and small halls in their communities

In recent years we have expanded our mandate to include a series of Community Workshops and Jam Groups, and in 2018 we founded the Winnipeg Crankie Festival, which is a participatory and collaborative event celebrating 18th century Moving Panoramas. 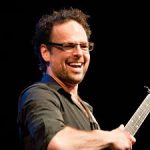 In March 2020, we pivoted to add an online series of free live stream shows, Home Routes Online, which we have expanded to include a platform that engages our hosts and audience with a curated and ticketed online series, featuring the finest musicians on the Canadian and international folk music scene. We are now partnering with other nonprofits and cultural organizations to present unique and interactive online events.

Since its inception in 2007, Home Routes / Chemin Chez Nous has received consistent funding from Canada Council for the Arts, Manitoba Arts Council, Manitoba Sport, Culture and Heritage , FACTOR, SOCAN Foundation. We are proud to now receive the support of Heritage Canada for the Winnipeg Crankie Music Festival and our community concerts series.  We are eternally grateful for the generous support of music lovers across Canada. Without this support Home Routes / Chemin Chez Nous would not be possible, and has resulted in over 10,000 shows, in over 1500 locations to 210,000 plus fans. This venture has generated over 4 million dollars in artist revenue and royalties since 2007.

Please contact us if you would like to find out about how you can partner with Home Routes / Chemin Chez Nous on an online event or live show in the future.

And stay tuned for great programming!

“I cannot say enough about the amazing Home Routes experiences that I have been so lucky to have over the years. The Home Routes team out of Winnipeg works so hard to put the artists and the music first, and that is such an incredible thing.” – Meaghan Blanchard, PEI