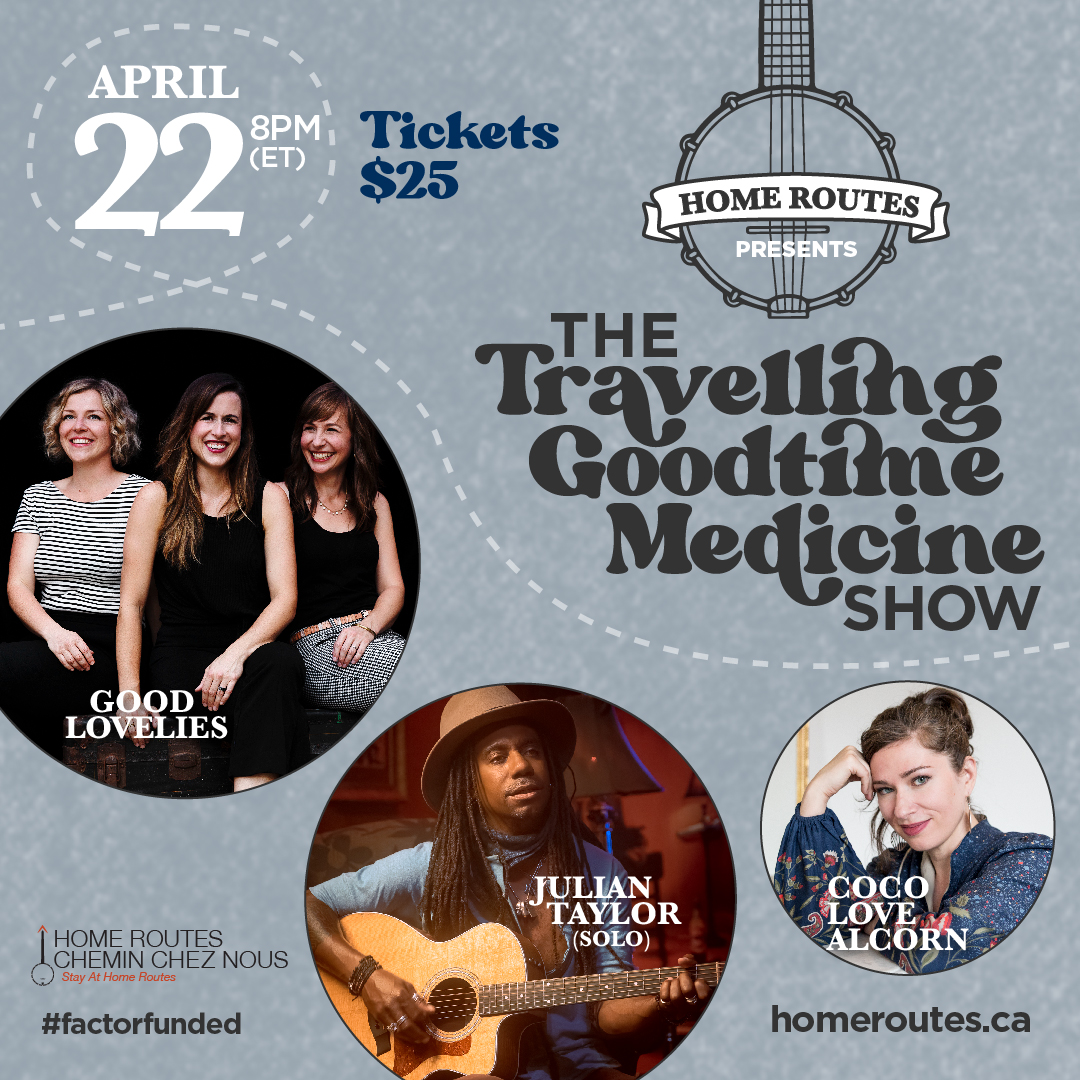 This “In The Round” virtual concert was recorded at The Tranzac Club in Toronto, ON, and will be broadcast via Side Door Access’ platform, on Friday, April 22, 2022 at 8pm ET. Ticket prices start at $20, suggested price $25. This show will be available for 48 hours for ticketholders to watch at their convenience, as many times as they want.

“Coco is the ultimate musical spark plug… an electrical connector through which the creative energy flows. In my 30 years of touring around the world, I have never seen another performer able to bring people together like Coco does.” ~ James Keelaghan (Artist Director, Summerfolk and renowned Canadian singer/ songwriter)

Recently awarded the 2021 Canadian Folk Music Award for Best Contemporary Singer Of The Year, Coco combines diverse musical influences including jazz, R&B, pop, folk, and Gospel. Her love of improvising, and willingness to engage fearlessly with the audience has made Alcorn an established presence on the Canadian music scene. Alcorn’s career has spanned more than 25 years, 9 solo albums, cross-Canada tours, collaborations, festival appearances, award nominations. Coco also leads the Wonderland Singers, an online community choir and creative singing workshop series with over 200 regular members from around the world.

With nine critically acclaimed releases, a #1 single, a JUNO Award, and a devoted fanbase blanketing the globe, roots-pop combo The Good Lovelies are among Canada’s brightest musical lights. The hardworking trio of Caroline Brooks, Kerri Ough, and Susan Passmore — guitar-wielding songwriters all, and queens of the goose bump–raising three-part harmony — enter 2020 at full steam, with plans to write and record new material, reduce their carbon footprint via multiple green initiatives, and to build on their reputation as electrifying performers with extensive touring, culminating in their highly anticipated annual seasonal concerts.

Being able to tap into the vein of shared experiences by way of a personalized point of view is a gift the best songwriters are able to build upon from song to song and album to album. Only the best of them are able to transition from being a soother one minute to a soothsayer the next with relative ease, confidence, and expertise.

Taylor’s inherently cinematic approach to his storytelling has a lot to do with his heritage and upbringing. “It’s an interesting thing to be part Mohawk and part West Indian, because I’ve always had this feeling that I never fit in anywhere,” he admits. “As a mixed person, it’s like, oh, where do you go, and how do you connect with people? That’s all I’ve been trying to do, and my life experience as a person who is mixed helps me do that. These stories are all coming from a person who tries to fit in, but doesn’t quite fit in. That’s really what my work has always been about — that longing to be a part of something.”