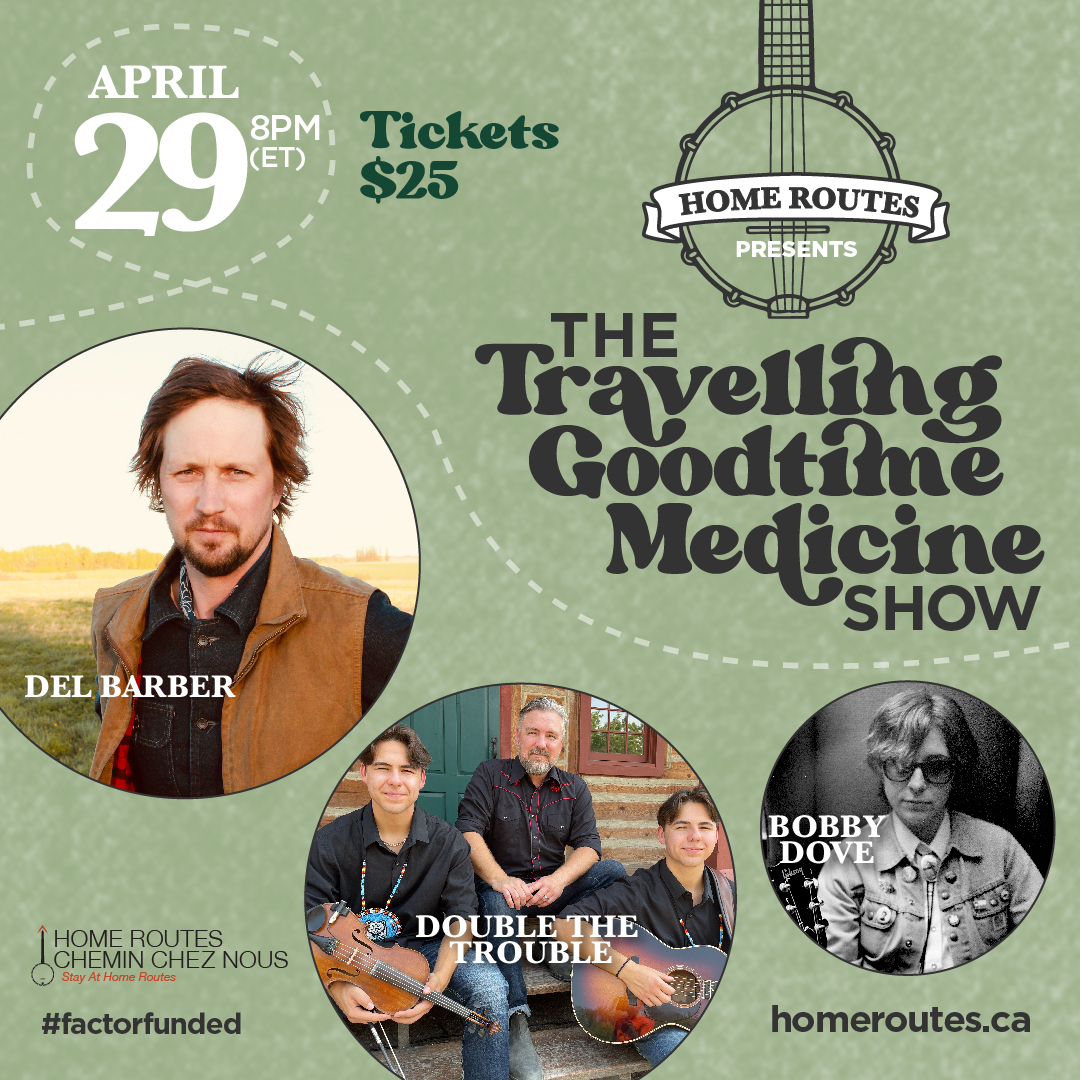 This “In The Round” virtual concert was recorded at The West End Cultural Centre in Winnipeg, MB, and will be broadcast via Side Door Access’ platform, on Friday, April 29, 2022 at 8pm ET. Ticket prices start at $20, suggested price $25. This show will be available for 48 hours for ticketholders to watch at their convenience, as many times as they want.

Born in Montreal, Quebec, Bobby has become known as one of the country’s most dedicated troubadours, crooning live audiences and paying tribute to the golden age of country music.

Along the road, Bobby has worked with a number of legendary players, and shared stages with artists such as Mary Gauthier, Richard Thompson, Irish Mythen, The Sadies and JD Mcpherson. In 2019, Bobby spent a month in residency at the Banff Centre and has performed at a number of Canadian folk fests, including the Vancouver Folk Music Festival, Vancouver Island Music Fest and Brandon Folk Fest.

Bobby Dove’s new album, Hopeless Romantic, offers eleven new original Americana/Country songs on subjects such as unrequited love, being on the road, a haunted hotel and a hard-rocking pallbearer. Co-produced with Bazil Donovan (Blue Rodeo) and Tim Vesely (Rheostatics) at The Woodshed studio in Toronto, ON, the record includes some of the finest in Canadian Country music including members of Blue Rodeo Jim Cuddy, Bazil Donovan and Jimmy Bowskill (The Sheepdogs, Blue Rodeo), and Burke Carroll (Kathleen Edwards).

As the follow up to his 2020 Juno-nominated album Easy Keeper, Stray Dogs finds Del Barber bridging his past and present. Conceived during pandemic isolation at his rural Manitoba home, the eight songs on Stray Dogs are drawn mainly from Del’s large stock of previously unfinished demos, given renewed focus and polish by his longtime band and producer Scott Franchuk.

Paring things down to the bone, the acoustic-based Stray Dogs captures the essence of Del’s art, of which Rolling Stone wrote, “Like John Prine (one of his primary influences), Barber writes the types of songs his characters might listen to themselves.”

From the first single “Meantime”—a show of support to his favourite venue in Winnipeg—to the heart-swelling closer “Just A Little Heat,” written with his father, Stray Dogs is a powerful reflection of the resilience we have all displayed over the past year. It also shows how Del has emerged even stronger, and how he truly deserves a place among Canada’s most celebrated singer-songwriters.

From Winnipeg. Double the Trouble are composed of identical 17-year-old Cree and French-Metis twin musicians Luc and Aidan Wrigley. Their blend of traditional Métis fiddling with contemporary and classic Folk music has been uplifting audiences across the Prairies to the Pacific and into the United States and Mexico.

Luc and Aidan began fiddling at age three and by age six they performed at the Indigenous Peoples Music Awards. At age of seven they began regular performances at Festival du Voyageur, a gig they became crowd favorites at for years to come. By age 9 the duo recorded their first independent album “Keep Calm and Fiddle on” and a second full album entitled “Juniper Woods” when they were only 11.

Luc and Aidan began to write songs when they were 16, both on guitars that their dad passed down to them. With an appreciation for artists like Passenger and Tyler Childs, the twins have begun to venture into new and exciting territory.